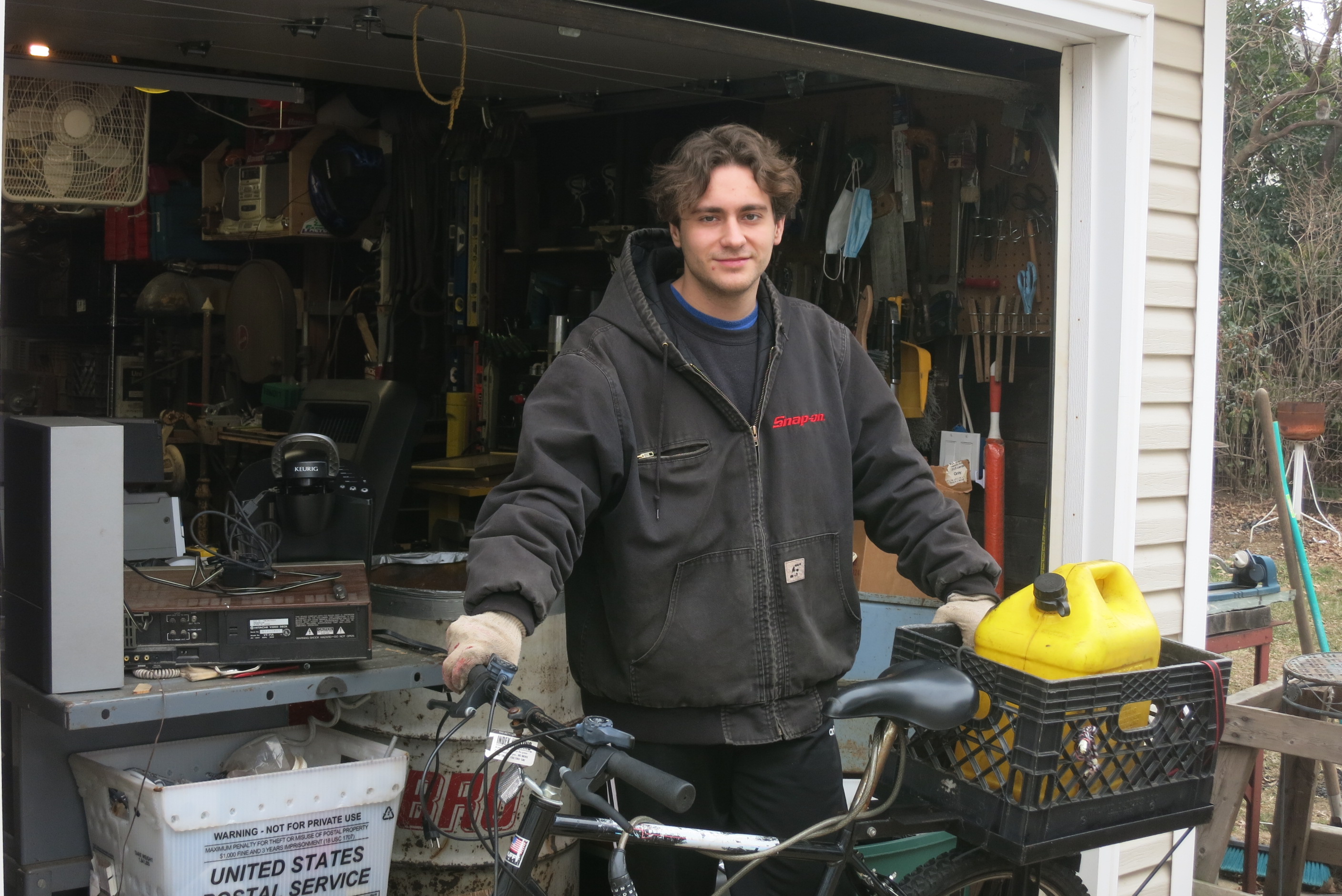 On a rattling steel bicycle with a welded luggage rack, I begin a planned route just as it becomes dusk. I, and a handful of other “trash pickers” and “scrappers,” are out on the prowl in Nassau County, NY. The most exhilarating evenings are those before large garbage collection day. These endeavors are hopeful, but I know I will never run across a bin of jewels, or a haphazard stack of Picasso paintings. To base one’s life on the rejected garbage of others has formed an invisible ecosystem that springs to life for only a few moonlight hours, and although I like to take the more flattering title of “Curb Shopper,” I don’t romanticize such a life.

Becoming a contributing member to this odd craft requires an unorthodox upbringing among the gruff and weathered. Starting to work at the local flea market at the age of twelve, I quickly became accustomed to the toothless grins of other vendors, each upon their throne of haphazard collection of items. Each week, I go out to collect discarded items on these garbage nights, in order to fix and resell these finds at the market or over the internet.

Trial and error determining what is sellable, also known as something that “qualifies,” refined my taste and intuition when searching for garbage, which is referred to as “hunting.” The blanket characterization that would classify all “pickers” into one category is inaccurate. As the name entails, “scrappers” look to find items containing precious metals in the form of appliances and raw rubbish to be sold by weight at a scrap yard, whereas most other pickers will pick up items based on whether it qualifies. The standards of what one picks up varies, some look to also take construction materials while some only take items that look to be clean and accessible. The manner in which a picker goes hunting varies from the wealth and geography of a given region, yet an unwritten etiquette remains common among most: do not open garbage bags, the items must be on the curb, on pavement and, most importantly, do not make a mess.

Familiarity with picking routes and selling used goods develops an archival knowledge and intuition. Patterns in what people throw out appear over time. People are affected by weather, holidays, traditions, and drastic change. As a result, the type of garbage on display for pickers and raccoons each week follow the reactions people have to these events. Just as an old farmer knows when to plant and when to harvest, a veteran picker can reasonably give the forecast of garbage.

In addition to regular household garbage, individuals throw out other things as well. Early spring and the end of summer bring air conditioners, propane grills and outdoor furniture. Late fall and the weekends after Labor Day Memorial Day bring about electronics and indoor furniture, generally after large promotional sales in big-box stores. Additionally, applied trends such as garage sale remnants being thrown out as leftovers are a common sight when weekends have had nice weather consecutively. Households purge their home of clutter before Thanksgiving and Christmas to make room for new items to impress family. Only will there be household food and paper waste, known as “garbage garbage,” when people experience drastic changes in weather such as the first good day to go the beach in spring or after the first snowfall. Poor weather generally yields a lull in the quality of garbage.

Suburban areas that offer more than once per week collections of household garbage are good neighbor hoods to start out finding items that qualify to be taken. Wealthier areas have less garbage on an average each week, yet they can present great finds occasionally after the stimuli previously listed. Lower -income households produce the most waste as their standing only allows them to purchase cheaper goods that often break and are subsequently discarded.

By the end of the run, I will have filled part of my yard and garage with items that must be tested, possibly repaired and then hopefully sold. I awake physically exhausted the next morning, returning to the “normal world” where documentation and designated wages define an individual. Over a third of my life has incorporated picking, selling at flea markets, and repairing an array of different types of items. They have defined a part of who I am, just as any profession will. I am proud; yet these skills, this hidden life, will remain off any heavy-weight paper with the bold letters ‘CV’ written atop.

Beyond theory, these nighttime hours are often uninterrupted as exhaustion builds from riding back and forth from a drop off point for the picked items, but there can be altercations. Even among those on the fringes of societal normality, civility is maintained in most encounters and disputes of large groupings of good rubbish. Tension in such moments is unique. One on one when the rest of the world remains asleep and only streetlamps provide only a shadow to identify the other. Patience and standing your ground becomes paramount to winning your claim, but a difference in power is especially defined in my practice of curb shopping. Only having a rickety old bicycle versus the cargo van of my competitor places my position below since I have less carrying capacity. Nevertheless, I have gained respect from other local pickers as I do not back down out of principle, although my equipment may be lacking. Upgrading to a car or truck may help in this regard one day.

“It is a good omen that the first issue of the ‘Pioneer’ can go on record as reporting a victory for our basket ball team in its game last Saturday evening.”1

END_OF_DOCUMENT_TOKEN_TO_BE_REPLACED 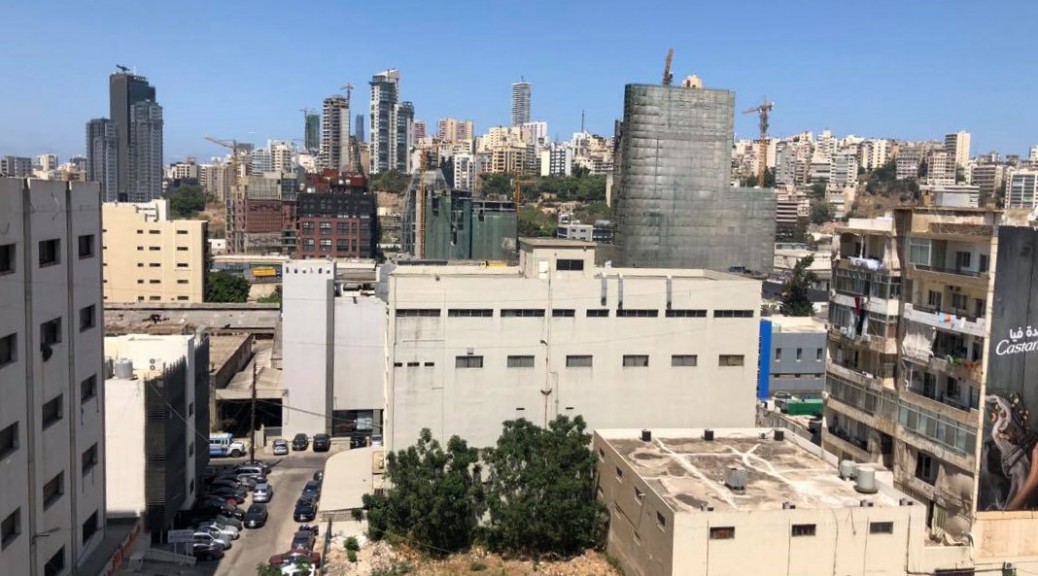 On the morning of August 4, 2020, a bride celebrated her transition to a new life. It was peaceful but thrilling with cameras focusing on her, a day where she could be beautiful and jovial. As soon as the camera panned down to take a shot of her beautiful white dress, a strong blast shook the camera and her elegant dress out of focus, while shards of glass and debris flew behind her. A catastrophe getting in the way of what was an exciting day for the bride of Beirut.

END_OF_DOCUMENT_TOKEN_TO_BE_REPLACED

Editors Note: In collaboration with the Union Journal and in celebration of their Zine grant, our staff writer and associate editor Nora Ashwood dove into the world of zines to give a brief overview of their history.
Please follow the link below for the PDF:

The History of Zines Zine

END_OF_DOCUMENT_TOKEN_TO_BE_REPLACED 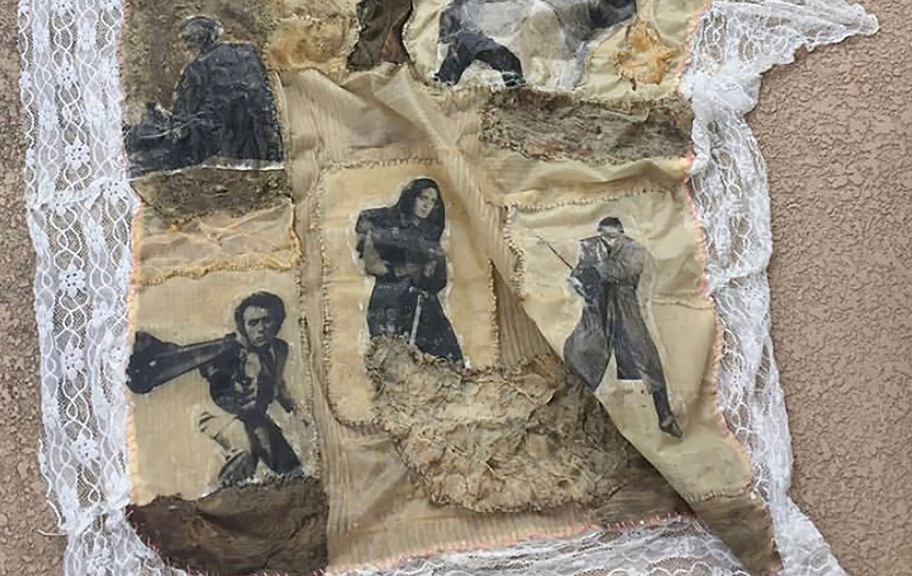 END_OF_DOCUMENT_TOKEN_TO_BE_REPLACED

Most colleges in America treat students as consumers. Education and program have become commodified and commercialized. The problem with this is that education becomes less affordable while the model of higher education loses credibility. The colleges begin satisfying a consumer rather than holding students accountable.