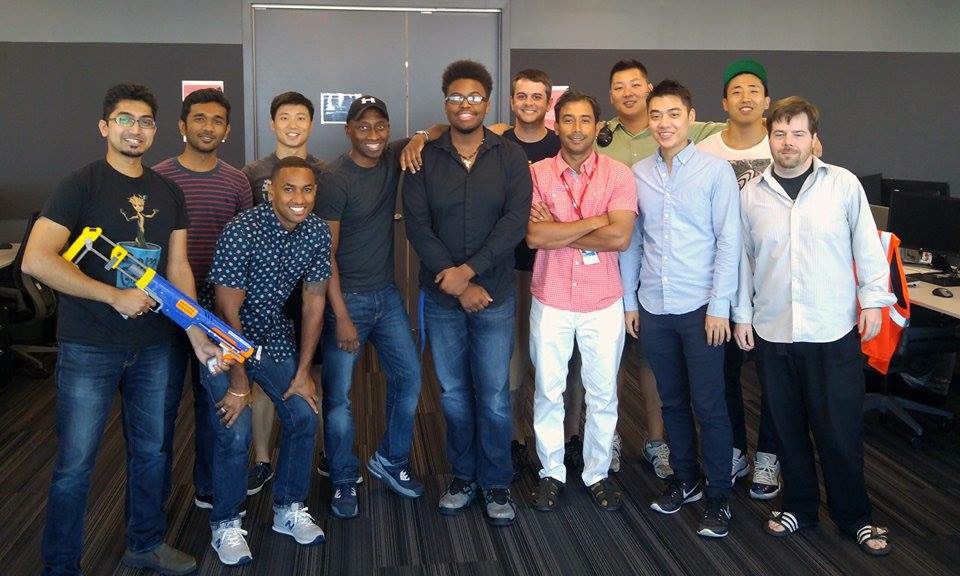 The Cooper Pioneer (TCP): Where did you work this summer?

Ryan Smith (RS): I worked at a company called High 5 Games at the World Trade Center, New York. It is a casino company that makes game apps for iOS, Android, and Facebook.

TCP: How did you go about working there? Could you briefly explain the process?

RS: I met one of the representatives at the Cooper Career Fair in the spring.  After I spoke to the guy at the Cooper Career Fair, I sent him my resume. After that, when I was playing video games in my down time, I got several unannounced calls for a phone interview. The interviewer spoke to me about the stuff on my resume, and during the second interview he asked me some financial stuff, like tax information, and mention little “events” for interns.

RS: I would come in, and get assigned to test new games to go out within the month, and then methodically go through the tests and each aspect of the games, such as if the payouts of the slots were correct, if the artwork was good, and basically if the games function properly. Also, there were submissions that had to be made out on platforms like iOS, Android, and Facebook every week, and every Thursday we would come in and do a smoke test, where we would perform a sanity test of the app to make sure nothing is broken.

TCP: What were some highlights during the internship?

RS: I remember working on a particular project involving a slot machine with spinning wheels called “reels”. On these reels are special symbols called “wilds”, and they indicate a higher payout to the player.

When users send a picture of a glitch in the game and claim that “I got this reel positioning that should pay me X amount of dollars and didn’t get paid” and give it to some people, I would look at which ones are actually true. Then I would go through them to see if what they are saying is actually true, and check the back-end code of the game to see if the game can actually produce the reel positioning in the picture. The typical game has 5 reels, and in normal play a wild only appears at two or three, but they would show pictures of reels with wilds on everything. That was cool.

TCP: Did you face any difficult challenges?

RS: The company had a bunch of teams: there was a Quality Assurance (QA) team for the game testers, the game-development team actually making the game, and teams that make fake bills they would test with before the game is out, and these are only three of 25 different teams. I was in the QA team, testing the app, so I would inspect what we are actually putting out to iOS, Android, and Facebook. A common challenge was having everyone do their part in order for everything to work. If stuff broke, we had to figure out which team should be responsible for fixing it.

TCP: Could you describe any memorable accomplishments?

RS: Not much really. I, as an intern, accomplished making consistent submissions to the iOS version of the app. My job isn’t to create or improve something; I was just part of the QA team. I accomplished once a week submitting new patches of the app, basically.

TCP: Did you enjoy the job?

RS: Yes, I really enjoyed the job! What I worked with was the best part of the job, and I also worked at the Freedom Tower. I really liked the people I worked with. They were really friendly. The nature of the job was kind of repetitive; it wasn’t like video games, where a lot of aspects of the game required a lot of testing; it was just slot spinning, and it really did get repetitive.

TCP:  How was teamwork like? Was it different from working on projects at Cooper?

TCP: What were some things that you felt you wanted to continue working on?

RS: There is Game Dev team—they code. Stuff like that is interesting. During the summer, I picked up Python, and I would be interested in learning programming after being around it and seeing what they could do with it. There were teams that built their website, games, etc. The original app was actually run by one person pretty much.  This internship was just like a thing I could do to make some money over the summer. I play video games often, but I don’t think I would want to pursue a career in game testing.

TCP: If you were given an opportunity to work there again as an intern, would you go again?

RS: If I don’t have any other job that would pay me, then yes. It was worth it!

TCP: How did you spend the rest of your summertime?

RS: In my free time, I would play golf with the Cooper golf team every Sunday in Bronx. Every Friday, I would also play video games and Super Smash Bros with my workers. Sometimes I would go out and play basketball at my court. Also I picked up Python over the summer; I decided to teach myself Python as an independent study. I didn’t get to go on a cruise with my parents.

TCP: If you were to give advice to lowerclassmen looking for internships, what would that be?

RS: Don’t be nervous when you have to talk to the person interviewing you. While being interviewed, I was playing video games, and this really helped me be at ease during the interview. I wouldn’t say, “don’t consider [interviewers] superior,” but when you are talking to them, don’t be scared to have normal conversation. I feel that people looking to hire you are looking for skill sets, and intelligence and experience, but also if this person is weird. You shouldn’t stutter every five seconds or go off-topic because you are nervous. Being a good talker is a good skill when you have to go interview. It looks nice to the person hiring you.