Cooper’s athletic teams have been training hard and participating in multiple competitions for the past couple of months as they prepare for an intense training trip to South Carolina for spring break.

For the past 25 years the South Carolina trip has been dedicated to improving teamwork and individual skills. This trip has appeared to be extremely successful as scholar athletes are given the opportunity to work together on and off the field. Initially this trip was made for the men’s varsity tennis team in which daily 9-hour practices, instructions, competitions, and chemistry work are focused on. Dean Baker comments, “Tennis is our most successful team and we now invite other teams to be part of this trip. We now bring the men’s volleyball team, the golf team and some basketball players. They all put a lot of time, energy and commitment to getting better and the heaviest bag they bring on the trip is their book bag.” Not only is this trip used for team practices and studying, it is also a mid-semester breather where students spend time together and relax after an intense week of midterms.

Current coach and graduate mechanical engineering student Anthony Assal comments “The tennis team at Cooper Union always has great expectations of them to be the best at what they do, and this year is no different. I am honored to watch them develop themselves and to put all the effort they do in improving their game and their character. We have a new chapter in tennis this season and I am looking forward to how everyone will rise up to the occasion to bring the scholar and the athlete to the court.“ Following the trip to South Carolina, the men’s tennis team will continue their season with games against Sarah Lawrence, the Culinary Institute of America, The New School, and Webb Institute.

The soccer team ended their outdoor season undefeated with victories against the Culinary Institute of America, Vaughn College, Webb Institute, The New School, Kings, and Sarah Lawrence College.  With the end of the outdoor season, the Cooper soccer team prepares for next season by participating in the Urban Soccer Indoor League. Andrew Peña (CE ‘18) comments, “The team has been staying in shape and preparing for next season. Once the indoor season ends, we will be moving outdoors to compete in the annual alumni game. The team is looking great and I am looking forward to next season; hoping we will pick up some freshmen who can make as a big of a contribution to the team as this year’s freshmen did.”

The women’s basketball team concluded their 2015/2016 season with a loss against Sarah Lawrence College. The team was led by captains Nina Berlow (CE ‘16), Jamie Chan (ChE ‘16), and Kayla Weg (CE ‘16)—all seniors who played their final games in a Cooper jersey. When asking about her basketball experience at Cooper, Jamie Chan commented, “Never in a million years did I think I would ever play basketball, nevertheless be playing college basketball. Yet, it’s turned into something I ended up relying on. Basketball was my outlet after a stressful week. When I look back at my last four years at Cooper, nothing compares to the camaraderie of the team. It’s more than just winning a game. It’s about the hours we spend a week together learning how to play this unfamiliar game and most importantly, learning it together. Our team chemistry and perseverance exceeds anyone we have ever played against. The future of the team is bright. The upcoming trips will be an amazing experience for all of players to learn what Cooper Union basketball is and I’m excited for their upcoming season!”

The men’s basketball team ended their season with a record of 6 wins and 4 losses. The Cooper team concluded its season by making it to the finals of the NASBI Tournament located in Providence RI, only to lose to The New School by a narrow score of 66-64. Following the end of the season, Matt Haeusgen (ChE ‘18) comments “We started the year off in Cape Cod training the week before classes started, and then kept up the intensity by having two practices a week on Fridays and Saturdays, and an optional shooting practice on Mondays. Having all of these practices and going on trips to Cape Cod, Florida, and South Carolina have allowed us to come together and work well as a team. Even now, after the season is over, we are still practicing, getting ready for the next season.”

Keep an eye out for more updates on current season games as well as information for team tryouts for the 2016/17 season. 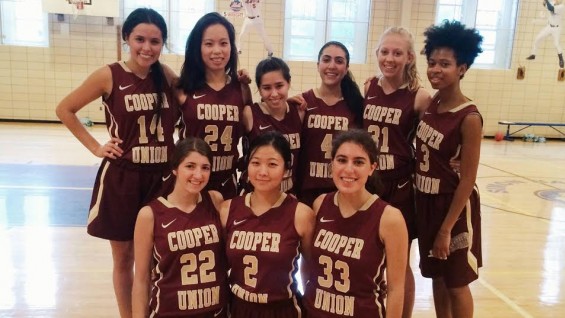 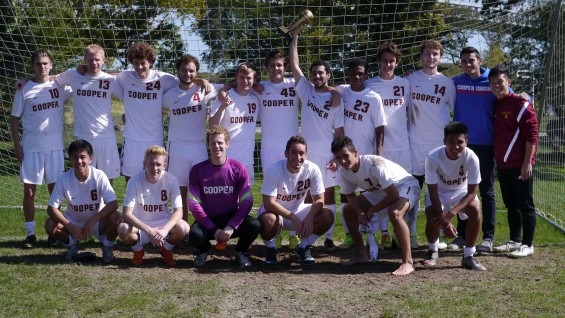