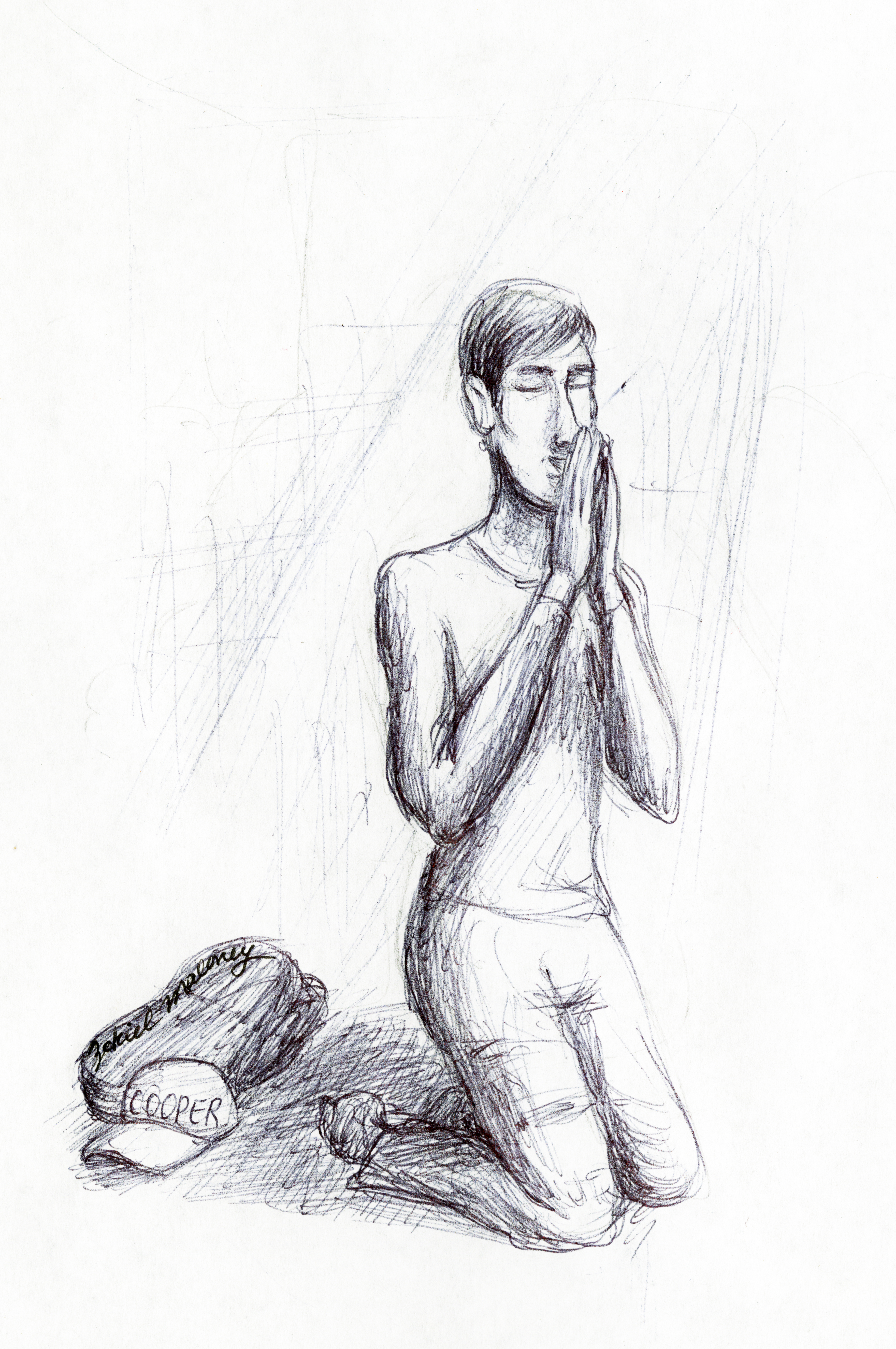 The opinions in this article are those of the author alone and do not represent the views of The Pioneer as a whole.

The Bill of Rights was added to the United States constitution in 1791 to better protect the individual freedoms of the American people. First in the list of these ten amendments are principles essential to maintaining our civil liberties: freedom of speech and freedom of religion. All Americans are given the right to freely exercise their religion, and Cooper Union students are no strangers to this on campus. Among a student body bursting with religious and cultural diversity, organizations like Intervarsity, Hillel, and the Muslim Students Association are vital to students’ life on campus. This article aims to explain the goals of some of these organizations, and offer insight into why it is so vital for these groups to exist on campus.

The Value of Religious Diversity
Before diving into the details of what these groups have been doing, it is worth taking a look at the value of fostering religious diversity on campus. In any higher education community, allowing students to explore new avenues of collaboration and diversity holds tremendous promise and offers vast opportunities.

Think about not allowing this religious diversity to be fostered at Cooper. We would run the risk of hardening stereotypes that run in society. Interaction and diversity foster understanding and love, whereas separation and exclusion foster hatred. Not allowing religious groups to thrive could serve well to deepen the cynicism near the discordant aspects of religion. We could discourage religious students in their pursuit of intellectual growth by failing to integrate spiritual growth. The encouragement of diversity and religious practice has a dazzling, positive effect on what a university education can begin—a life of deeper respect for difference and the intriguing and demanding work of envisioning a world where coexistence is a highly prized goal.

John Inazu, associate professor of law at Washington University, wrote on pluralism, “Pluralism rests on three interrelated aspirations: tolerance, humility, and patience… Pluralism does not impose the fiction of assuming that all ideas are equally valid or morally benign. It does mean respecting people, aiming for fair discussion, and allowing for the right to differ about serious matters.” All of these qualities are not only compatible with higher education, but they are, in fact, essential for authentic learning.

Even in an increasingly secular culture, distinct and diverse faith communities continue to exist and thrive. Because religion plays a significant role in American public life outside of the university, it should be represented within the microcosm of educational institutions. Removing clubs that are predicated on religious practices limits students’ exposure to the diversity they will face outside academia, a diversity that is both a strength and challenge of American culture. The tolerance, humility, and patience that are needed for this kind of pluralism are ideal qualities to encourage in students, as well as all citizens. These qualities are essential for students’ “moral formation”—a concept that may seem passé in today’s culture but has traditionally been the hallmark of higher education. Emile Durkheim, a founder of the modern field of sociology, wrote in 1925 that formal education inherently cultivates these kinds of qualities, which serves both society and the individual. The ability to navigate the tension between self-interest and the good of others—which is, coincidentally, the core challenge of religious practice—is perhaps one of the most important outcomes a college education can have.

Religious Groups at Cooper
Abe Chung, the large group coordinator for Cooper Union’s Intervarsity Christian Fellowship had the following to say about what the club does: “Our hope for our fellowship at Cooper is to reflect the love and grace God has shown to the entirety of the campus. We believe that every person is made in the image of God and we want to affirm that in every person we meet! We try to do this in every event and group we host, from our large groups and community groups to prayer meetings and mercy & justice events.”

Intervarsity holds large groups and small groups to foster discussion and offer space for students to talk about their religion and their life. They also host multiple charity events throughout the year. On the importance of Intervarsity to Cooper’s community, Chung added, “we’re grateful that we can provide the place for all, Christian and non-Christian alike, to actively learn more about God. We’re able to connect with members of the community, where people from all different backgrounds can be brought together. Cooper is a tough place to be, academically, emotionally, mentally, and spiritually, and this community is a way that we build up each other past those struggles. As we juggle our countless responsibilities, it opens up the marvelous opportunity to see more of God at Cooper.”

A member of Intervarsity spoke about the impact the club had on him personally: “To me large group is important because when I felt alone, it became a family or friend to me. It had people that I could see when I needed help whether in academics, social life, health, religious life and such. I thought this only applied when I was a freshman yet it still stays true even when I am a junior. Small group has been meaningful to me because I could talk openly about things related to life other than school. Next thing you know, sharing had been really good for me mentally, which allowed me to function well. It is not a counseling session, but I was able to learn more about myself that I did not know about. It is not easy to talk openly about myself in a big environment like large group, but small group is a self-contained family environment. I also got to know others very well, resolving any misunderstandings that I had. Also free food was a good thing for me because at some point I literally had no money to buy food.”

The Cooper Union Muslim Students Association, albeit small, is also an active religious organization; one that I am personally involved with. When I first arrived as a student at Cooper, I had no idea whether or not there was an MSA at our school like there is at many others. I remember in my first or second week seeing a poster on one of the bulletin boards, simply listing the five prayers that are mandatory for Muslims to perform every day and an e-mail address for contact. A single person, a graduate student who was finishing up his masters was the entire MSA, and he himself was actually a convert to Islam.

Today the MSA is almost 20 students strong. They organize meet-ups for performing daily prayers; the group chat dings throughout the day, “does anyone want to pray right now?” and students grab prayer rugs from the fifth-floor lockers and head on down to the second-floor staircase where prayers usually take place. The value of this cannot be emphasized enough. Fulfilling the five daily prayers is not an easy task when considering the workload and business of the average Cooper Union student. Having a group of brothers who encourage this practice is very helpful when it comes to balancing school and religion. Asides from this daily prayer, which can be fulfilled individually, the MSA also holds a weekly congregational prayer. Attending the mandatory congregation at a mosque is difficult for many students because of conflicts with class and work. The MSA provides a weekly, student delivered sermon and prayer. Topics range widely from mercy, the importance of seeking knowledge, setting goals, giving charity, and much more.
When asked about the impact MSA has had for them, a member responded, “I love MSA. The brotherhood is amazing. It makes practicing religion easier for me. I don’t have to deal with a dilemma of choosing between following my religion and getting an education because the avenues offered by the MSA afford me both. You get to see the people whom the media tries to demonize—you see that they are just like you. The MSA increases tolerance, camaraderie, understanding, and appreciation.”

The Cooper Union Hillel supports the Jewish community on campus. Unfortunately, Hillel was unable to comment.

Overall, Cooper Union’s religious groups foster diversity and understanding on campus. They offer avenues for students to vent, to practice, and to explore their spirituality. Often neglected and not thought of, these organizations have a valuable impact on campus life. ◊