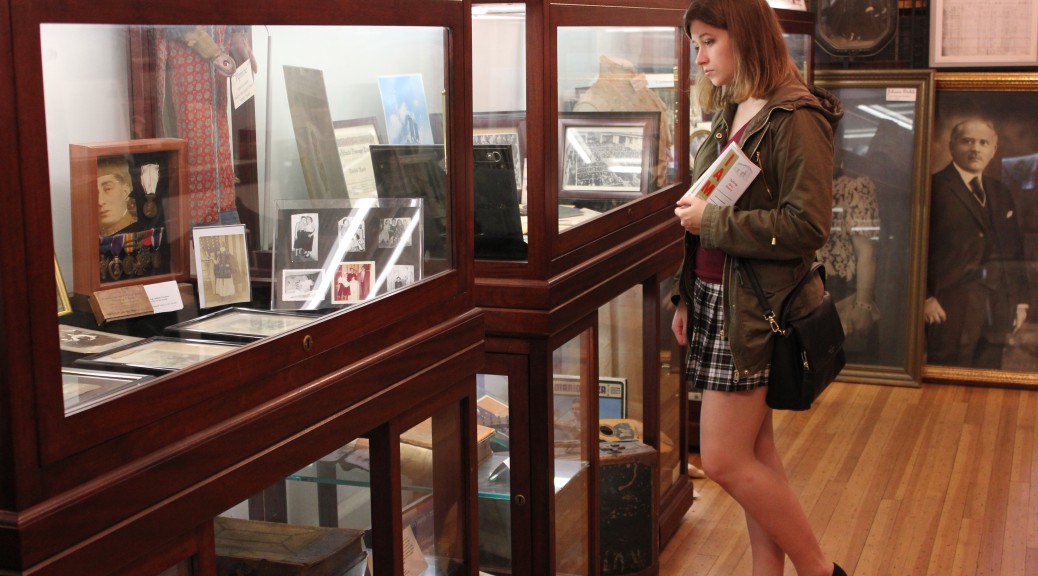 The museum is located in a building known as the Banca Stabile (pronounced ban-ka stuh-BEE-lay), an old, two-story renovated bank with the family name “Stabile” emblazoned proudly above the door. The building is itself a part of the exhibition, as it serves as a symbol of the immigrant success story that was the Stabile family history. Patriarch Francesco Rosario Stabile immigrated to New York City in the 19th century and founded the Banca Stabile.

To the Italian American community, the Banca Stabile was more than just a bank. It especially serviced Italian immigrants with a phone to help communicate with their families back in Italy. If a member of the community wanted to return to Italy, the Banca Stabile sold them the steamship tickets. The Stabile family became so successful that they owned a series of buildings including the Banca Stabile in Little Italy that is, to this day, known as the “Stabile Row.” In 2008, Dr. Joseph Scelsa, president of the Italian American Association, bought the bank and moved the Italian American Museum to its current location. As homage to the Stabile family and their legacy, much of the building is from the original construction, including the floorboards, walls, and vaults of the former bank.

I came across the Italian American Museum purely by chance. I intended on visiting another museum, but tickets were sold out, so I went looking for another. Luckily, the Stabile name on the stark-white building and the display of Italian American celebrities drew me right in. Admission is free, though a $7 donation is recommended. Before touring the two-room museum, we saw a short video that explained the history of the museum and gave a brief tour of some notable exhibitions.

At first, I was disappointed by how small the museum was—two rooms, of which only one displays memorabilia. However, the objects exhibited were truly fascinating. On display were old Italian passports, genuine Sicilian puppets, a ransom note from the notorious Black Hand, a handmade wedding dress from the early 20th century, and much more. Some of the objects on display were from Dr. Scelsa’s own family history. Though the number of items on display is low, each exhibit is fascinating and full of information and history. In the other room, work by artists of Italian heritage was placed on display, demonstrating how the museum continues to support the modern Italian community as well as paying homage to the old.

Though my time spent there was brief, it certainly wasn’t wasted. The Italian American Museum shows so much history through fascinating displays in a building with an intriguing past. I highly recommend taking a break from your studies and taking a walk to Little Italy to check the place out. It’s a cozy museum with a lot to offer, and if you’re lucky, you could even pet the museum cat. ◊

If you have a suggestion for the next museum I should visit, email The Pioneer at pioneer@cooper.edu