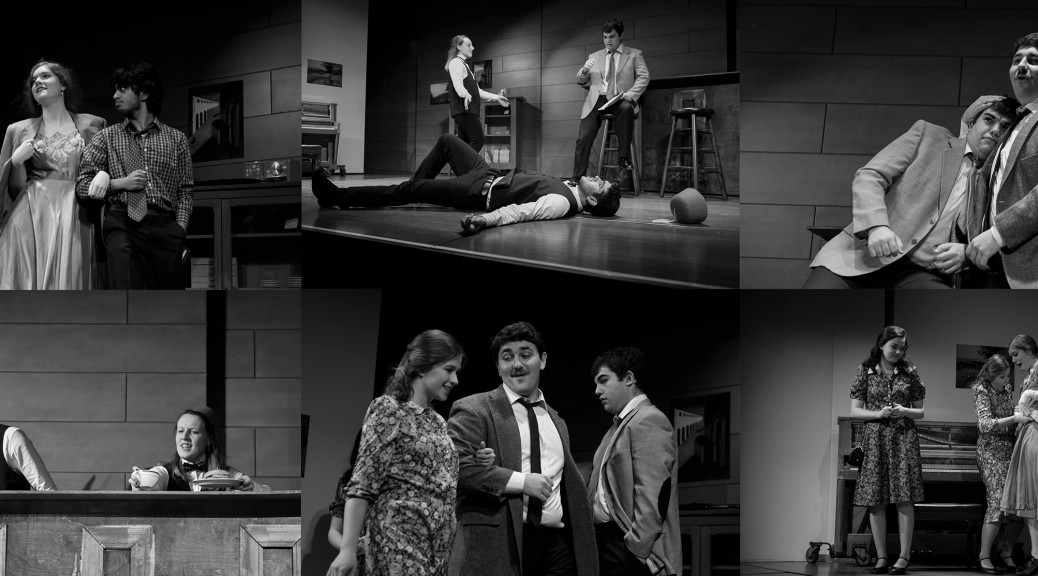 The Cooper Dramatic Society put on their spring show, “A Play,” in the Rose Auditorium from April 7 to April 9. Directed by Toby Stein (CE ’18), this production was completely student run—including the set, costumes, lights, and sound. Even, the screenplay was written by Jack Pannell, Stein’s high school friend.

The beginning of the play almost parallels “Romeo and Juliet,” with playful banter between two friends about love and women followed by the cliché love at first sight after a recent breakup. The play follows the path of a traditional romantic comedy, as all the main characters end up in romantic pairs. Everyone seems to have a good time, until there’s an air raid and one of the characters, Florence (Christina Byers (ChE ‘19)) dies and leaves her partner Will, (Dennis Burgner (ChE ‘18)) crying alone.

The play repeats itself, filling the audience and Will with confusion. All the other characters seem to have forgotten that all of this had happened already, and Will struggles in vain to try to tell the other characters that everything has had happened before. Later it is revealed that the two hotel staff, Hubert (Kelsey Mitchell (Art ‘18)) and Morris (Daniel Zabari (EE ’20)), and the manager, Herman (Harsho Sanyal (CE ‘20)) are also aware that events are repeating, and the two hotel staffs explain to Will that everything is just a play, and everything simply repeats, following the script.

With some slapping, gun-shooting, and screaming, “A Play” introduces a whole new concept of breaking the fourth wall, highlighting the fact that although actors and audience will move on once the play is over, the characters will not, and will be forgotten with the play once it ends.

The fast-paced, quirky, intriguing, and impressive play brought together the Cooper community, from administrators and students to alumni and parents, and made them question the definition of reality and one’s identity. ◊