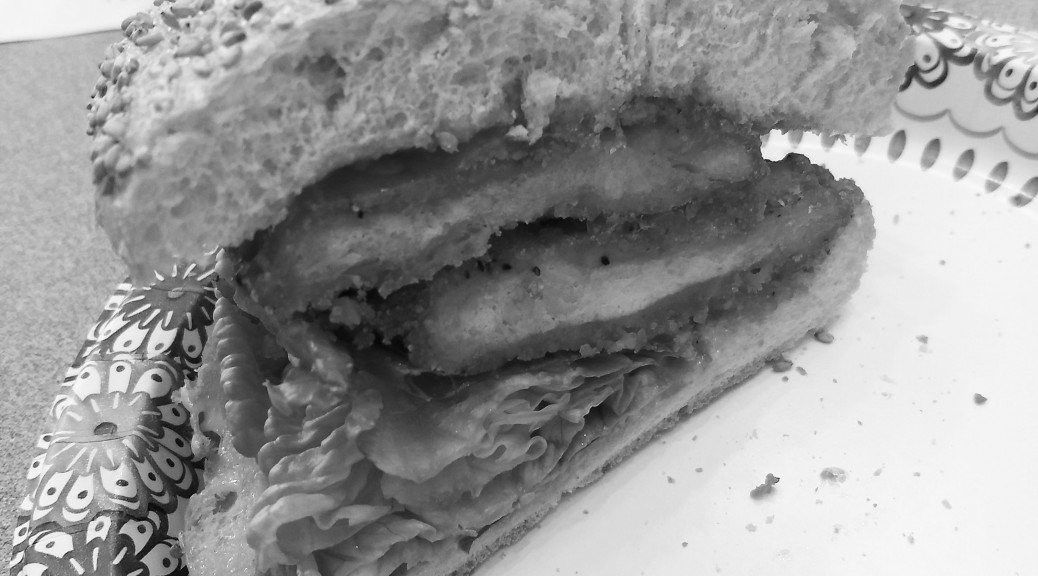 I propose that we begin to believe in the spirit of a sandwich.

The opinions in this article are those of the author alone and do not represent the views of The Pioneer as a whole.

The internet may very well be the greatest invention in human history. Information is power and the internet is now an indispensable infrastructure that connects people to information. It empowered the common person more than any invention since the washing machine. On the internet you can connect with someone on the opposite end of earth, access a trove of information surpassing that of any physical library, alter world changing elections, or create decentralized currency that holds value relative to money backed by economies of sovereign nations. But perhaps most important of all, on the internet you can share ideas. The internet is a hub for ideas, discussion, and debate. And while some of these ideas can lead to the toppling of oppressive tyrants, as they did in the Arab Spring of 2010, some debates are more… frivolous. In the past the internet has debated over the color of a dress, how many holes a straw has, whether or not water is wet, and the most interesting to me… whether or not a hot-dog is a sandwich.

Is a hot-dog a sandwich? The debate rages across social media, blogs, barber shops, and the Cooper Union labs and studios at 1:55 a.m. The debate has essentially been boiled down to two approaches. The first are those who formulate a rational, facts based, technical analysis about what physical elements constitute a sandwich. Those who take this approach will find that such an investigation substantiates the hypothesis that yes, a hot dog is indeed a sandwich. As a matter of fact, the esteemed Merriam-Webster dictionary itself published an article discussing and comparing the definitions of the words “sandwich” and “hot dog” and decisively concluded that the definition of a hot dog meets the conditions necessary for one to be considered a sandwich. “We know: the idea that a hot dog is a sandwich is heresy to some of you. But given that the definition of sandwich is ‘two or more slices of bread or a split roll having a filling in between,’ there is no sensible way around it. If you want a meatball sandwich on a split roll to be a kind of sandwich, then you have to accept that a hot dog is also a kind of sandwich,” asserts the article. This approach is very convincing: it appeals to the logos, it is safe and it is precise, it constructs a calculated fortress, safeguarding its constituents from the fear of the… indescribable. As for those on the other side of the coin, something doesn’t sit well with that approach. Their argument on the surface is much simpler and evidently much weaker. All they can say is, “A hot dog is not a sandwich because… a hot dog is a hot dog.” The engineer in me is so drawn to the former approach. I understand how mathematical theorems are proved, it is comfortable and inviting, it is familiar. But there is a seemingly ineffable objection to this looming in me that I can’t ignore. A hot dog is absolutely not a sandwich. I know it. But how do I prove it? The evidence is there and it is not on my side. How do I explain a feeling which doesn’t lend itself to reason?

There is a seemingly ineffable objection to this looming in me that I can’t ignore. A hot dog is absolutely not a sandwich. I know it. But how do I prove it?

No matter how you slice it (perhaps diagonally, or right down the center), the physical breakdown will lead to the conclusion that a hot dog is a sandwich. To present my argument, the analysis must transcend beyond the physical into the metaphysical. And yes, we are still talking about sandwiches. To understand this argument, one must take on faith that physical entities have metaphysical counterparts, alternatively, “the spirit of things.” Perhaps the most intelligible example is that of a human being. Many believe in the soul of a human. They believe that while we have physical bodies, while we walk and we breathe and we touch, there is an innate ethereal presence attached to each and every human. Under this pretense, even if physical science advanced so far as to create a biologically equivalent human clone, they would not be able to create a soul for it, and it would innately be less human or not human at all. Similarly non-sentient entities too have a soul. A rug, a floor mat, and a prayer mat are physically not different from each other. They are all simply pieces of cloth that you put on your floor, yet we know not to wipe our feet on our rug or pray on our floor mats. In this vein, I propose that we begin to believe in the spirit of a sandwich. If this leap is taken, the once daunting fortress of the technical argument becomes not only vulnerable, but meaningless. But taking the leap is not so painless. Logical conclusions are inclined to follow rational definitions. And after all, even once you’ve taken the leap, it still won’t have been proved that a hot dog is not a sandwich. Yes that’s right, I haven’t proved that a hot dog is a sandwich. And I have no intent to. Just as if I asked you to write down what a human soul is on a piece of paper, there is no way to put into words what is considered the spirit of a sandwich and what is not.

This begs the question: If there are no words to describe what is and what isn’t a sandwich, then how do you know if a hot dog is a sandwich or not? The answer is no different from what I mentioned when the argument was introduced. I just know. Just like I know that a cream cheese bagel isn’t a sandwich but a bacon, egg, and cheese on a bagel is. From this point follow a few questions: Is the understanding of what a sandwich is or is not something innate? Is it not possible for someone to think that the spirit of sandwiches encompasses hot dogs and for another to disagree?

I am a religious person. I believe in a single God, the most High. I believe in the souls of humans. Not everyone sees the world the same as me, some believe in many gods, some believe in none. Some believe in a divine energy but not God. No matter what you believe, the actuality of the unseen remains unchanged. The existence or nonexistence of a God or Divine presence remains unaltered by the amount of people who believe or don’t believe in it. Similarly, the truth about what is encompassed by the spirit of a sandwich is not altered by what you or I believe is considered a sandwich. The spirit of a sandwich isn’t a sentient being that can reach out to us through holy books and prophets. There is no sandwich messiah. No, not even Guy Fieri or the Turkish butcher who sprinkles salt with alluring charm.

No matter what you believe, the actuality of the unseen remains unchanged.

The author would like to acknowledge Minh-Thai Nguyen. “UGHH I’m so mad right now!”