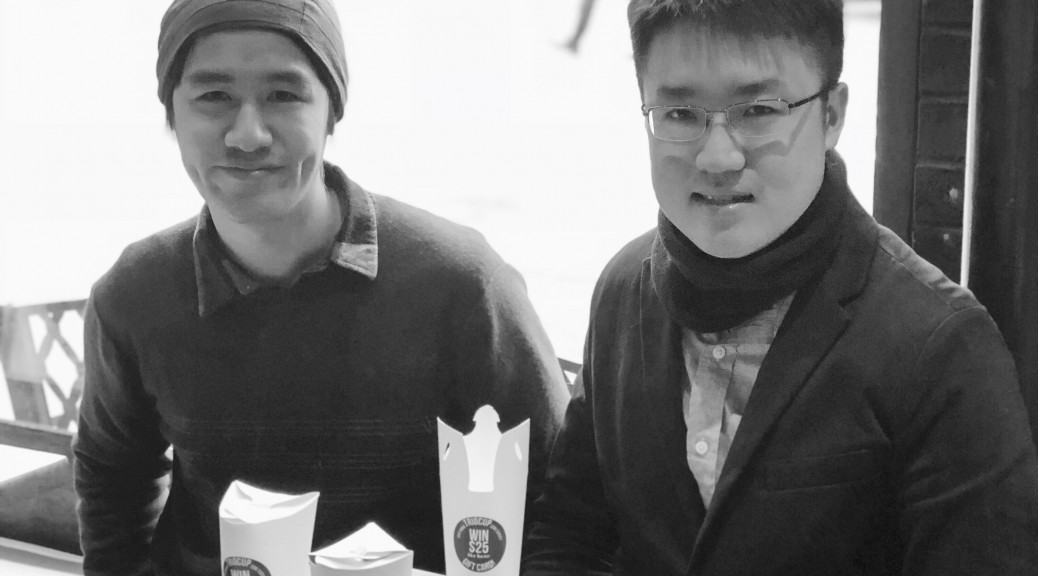 TrioCup, the lid-less, spill-resistant, user-friendly, and economical paper cup by three Cooper Alumni Austin Wong (ME ‘17), Tom Chan (ME ‘17), and Daniel McNulty II (ChE ‘17), had its first commercial trials at the Bean at 3rd Avenue and Stuyvesant, next to the Cooper Union Residence Hall.

Ben Ma (ME ‘18) and Tom originally conceived the TrioCup during Invention Factory 2015 with the vision of reducing waste and preventing spills. The idea was further developed in Spring 2017 in Engineering Entrepreneurship, where the trio not only modelled the cup but also learned to manage a startup. With help from their mentor Lee Kim that summer, they joined the Competition Open IDEO, and won the New Plastics Economy Innovation Prize. The European Competition helped the team gain confidence, and the prize of $100,000 also provided them with the money to operate.

At the end of August, with the help of Eric Chan, the founder of Ecodesign, a manufacturable version of the TrioCup was created. Although the design has changed a lot from its original form, the TrioCup maintains its ultimate goal of reducing plastic waste and preventing spills. The most recent design features a three-flap fold that is easily openable and carried, and is spill-resistant even when dropped from chest height.

TrioCup has gained great visibility not only in the New York City area but also in England, where BBC mentioned it several times for its goal of sustainability. They will be officially trying out the cups at “Neighbor’s Cafe” and the “Starwood Hotel” near Brooklyn Bridge Park. The team aims to start circulating in NY coffee shops, to change the world, one cup at a time.