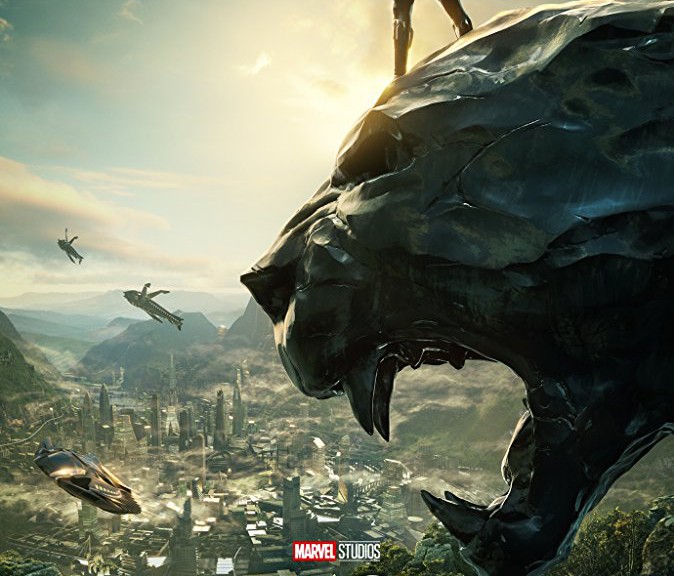 Black Panther is about T’Challa (Chadwick Boseman), the prince of Wakanda, who, ready to take the throne, faces the conflict of what to do about Wakanda’s place in the world. The African nation secretly houses the greatest technology in the world, but doesn’t use it to help the rest of the world in order to preserve the nation’s secrecy. Enter Killmonger (Michael B. Jordan), a man raised in poverty and hardship without Wakanda’s help. The clash of ideologies helps make this movie a little more interesting than your typical Marvel film.

Let’s start with the good. The performances in this film, especially from the supporting cast and the villain, are fantastic. Michael B. Jordan is such a presence as Killmonger — every time he’s on screen you can’t take your eyes off him. T’Challa’s brainy sister Shuri is played by Letitia Wright in a star-making turn. Lupita Nyong’o is similarly fantastic as T’Challa’s ex-girlfriend who is along for most of the mission. These showy performances would seemingly overshadow Chadwick Boseman’s stoic portrayal of T’Challa but it all fits nicely together. Add in a good soundtrack, some pretty emotional scenes, and good humor and you have a pretty engaging movie.

While this film is more interesting than your average Marvel film, it isn’t a completely different type of movie. You still have the standard fights, car chases, and ties to other Marvel comic book films, all of which ultimately get in the way of the actual story being told. The most interesting part of this film, and the source of most of the character conflict, is found in the clash of ideologies between Killmonger and T’Challa. This is a movie in which the hero gets to learn from the villain, who has a point but is going about executing his point the wrong way. There are a lot of themes at work in this film. There’s the aforementioned theme of isolationism vs. expansionism but there’s also themes of oppression, culture and spirituality vs. technology, and colonization. When Killmonger is on screen, these themes are brought in focus and the film becomes far more interesting, even if the film’s exploration of these themes is surface-level — this is a Marvel film after all.

Unfortunately, that’s not really until the second half of the film. Quite a lot of this film consists of world-building and storylines from other Marvel films that feel out of place. There are two such characters from other storylines that, while perfectly fine in this film, feel like they were written into a story that didn’t need them. They were entertaining enough, but ultimately just padded the runtime of this movie that could have used a few more minutes exploring its themes.

Overall, I really enjoyed Black Panther. It was a solidly entertaining movie that had some interesting themes it didn’t get to explore quite enough. The villain was incredibly charismatic and engaging while on screen and I wish the film had more of him. The performances are great and the film should please most moviegoers. It was a little bogged down in world-building and there were a lot of generic-looking action scenes with way too many special effects, but the movie still offered me enough to stay engaged.