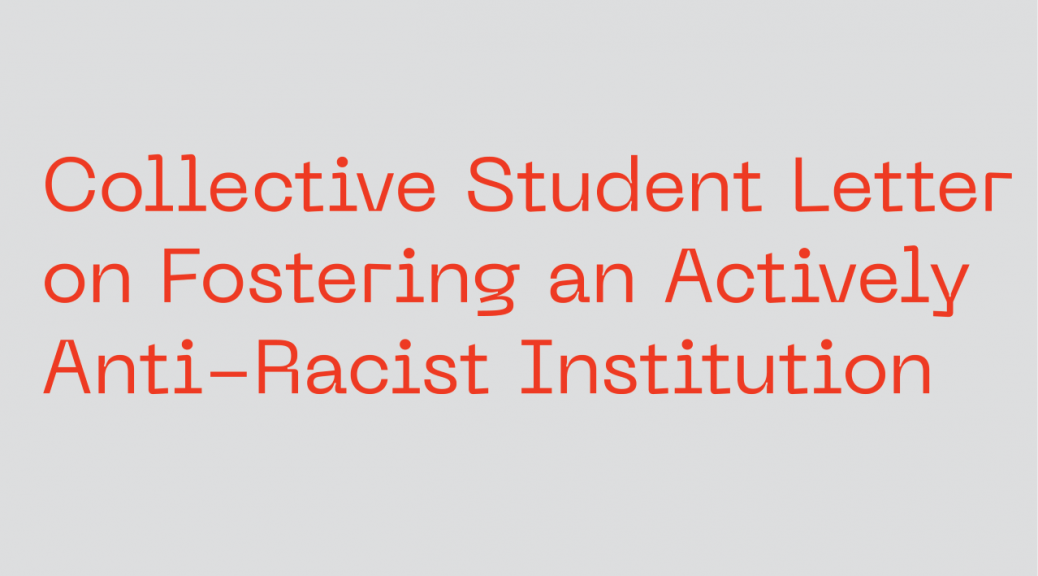 Update (1JUL2020): The Cabinet of the President posted a recent response to the collective letter on June 8th recently.

Systemic racism has plagued the country since its founding and continues to do so. The cold-blooded murders of George Floyd, Breonna Taylor, Ahmaud Arbery, Tony McDade, and Nina Pop have prompted a mass movement calling for the nation to proactively confront systemic racism. A collective of students took action to ensure that the Cooper Union transforms itself into an actively anti-racist institution. The following is a statement from some of the students involved accompanied by the body of the letter:

The letter below, addressed and delivered on June 8, 2020, to the administration of The Cooper Union, is by no means exhaustive in scope but hopes to serve as merely the beginning of a series of conversations needed to foster and transform The Cooper Union into an actively anti-racist institution. The actions proposed were initially questions and concerns voiced in a town hall hosted by students on June 1, 2020, as well as informed by other school-wide meetings held during that week. The letter circulated around various social media networks to reach students and alumni across the three schools. The letter was edited collaboratively using Google Docs and any signee was permitted to suggest changes and post comments to the letter. Each of these suggested changes or comments were addressed individually by the organizing members. The hope is that these conversations surrounding institutional racism will continue to develop throughout The Cooper Union.

Since the submission of the letter to the administration, the document has been further copyedited for typographical errors and improved readability.

The original collaborative document is available on Google Docs here.

If you wish to add your signature to the letter, please do so here.

If you wish to join the conversation, please read, comment, suggest, and share the developing list of questions—most of which were delivered jointly on June 8, 2020 with the letter below—which is available here.

END_OF_DOCUMENT_TOKEN_TO_BE_REPLACED 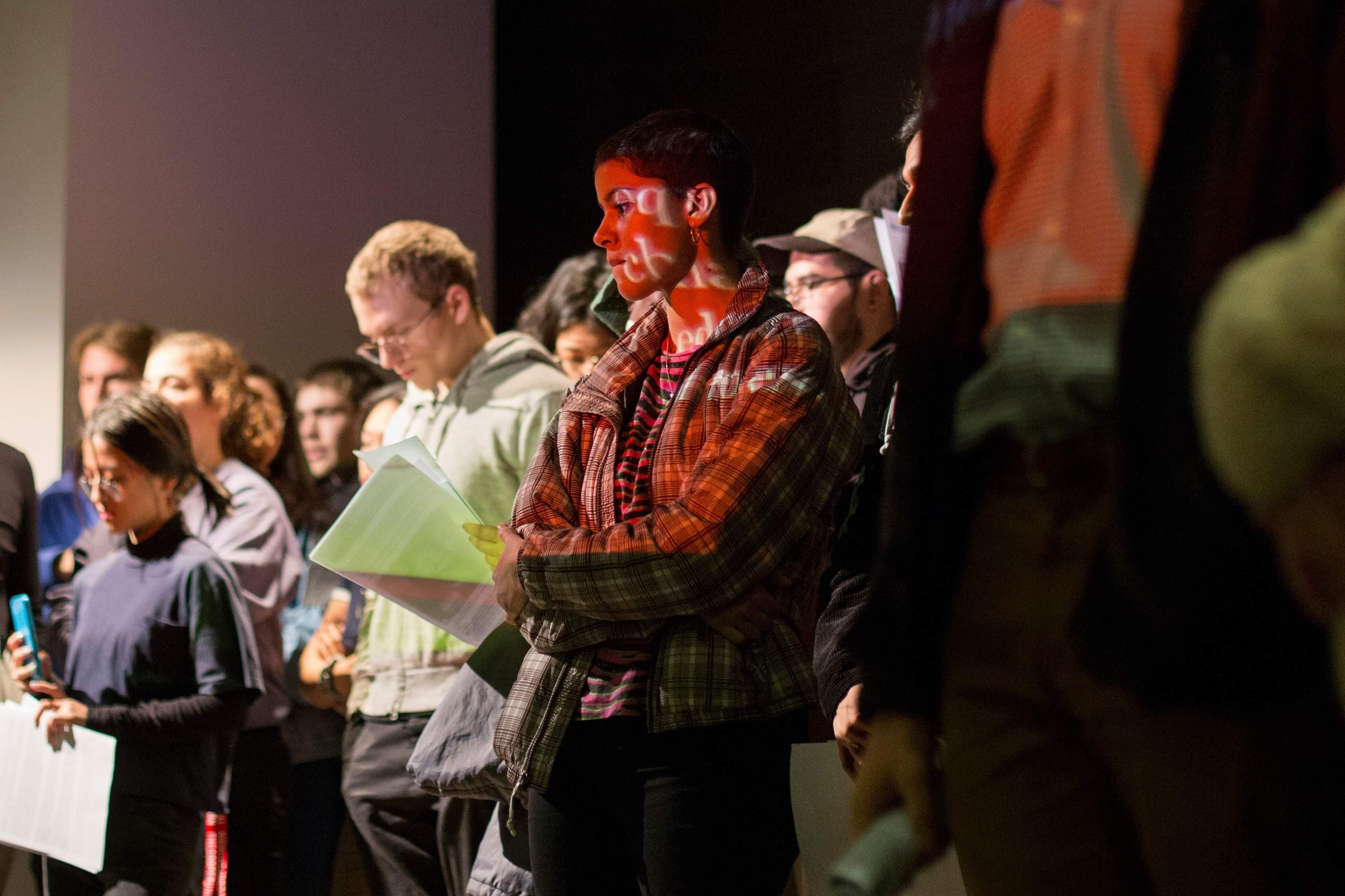 The third course of the mandatory humanities and social sciences core curriculum is entitled HSS-3: The Making of Modern Society. “Once I remembered that, it was ridiculous for me to say that modern society as it exists today only exists because of Europe,” said Mahmoud Khair-Eldin (CE ‘21) over the phone one night last week.

END_OF_DOCUMENT_TOKEN_TO_BE_REPLACED

According to Professor of History Atina Grossmann, she and Professor Ninad Pandit, a post-doctoral fellow in social science, “significantly changed” the HSS-3 curriculum to include readings with non-Western perspectives. The changes are ostensibly a reaction to the HSS petition in 2016, but it is unclear how these readings are incorporated into the classroom.

Separately, Professor Sam Keene, chair of the Diversity and Inclusion Task Force, emphasized that changing the HSS curricula is entirely up to the Department of Humanities and Social Sciences; the Task Force serves an advisory role only.

END_OF_DOCUMENT_TOKEN_TO_BE_REPLACED

The Department of Humanities and Social Sciences talked about the purpose of its program in relation to the three schools
with President Sparks in 2017, according to Peter Buckley, Acting Dean of Humanities and Social Sciences. “It was not generally known by the students that the faculty had already requested a full program review from the president, which is going to be announced by the president shortly. [...] It dates back to 2017, when we went to the president to say ‘look, it’s about time the overall learning objectives of HSS were examined, and we’re willing to do it.’”

END_OF_DOCUMENT_TOKEN_TO_BE_REPLACED

On Nov. 1, The Pioneer interviewed Peter Buckley, Acting Dean of Humanities and Social Sciences about the ongoing protest against the department and its curricula.

END_OF_DOCUMENT_TOKEN_TO_BE_REPLACED 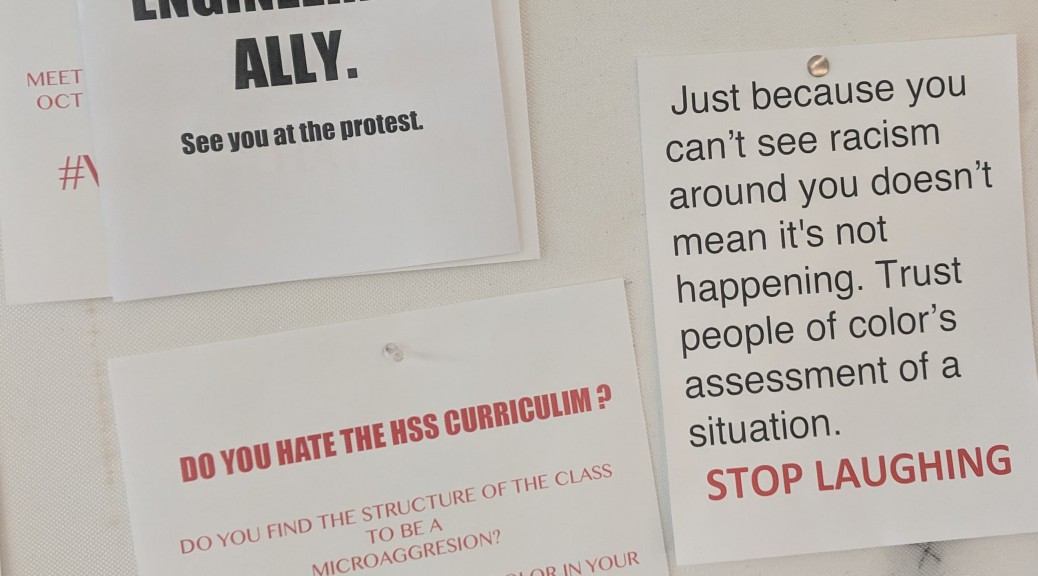 Students from the art, architecture, and engineering schools are protesting Monday against the core curriculum of the Department of Humanities and Social Sciences before HSS-3 lecture, a course mandatory for all students.

END_OF_DOCUMENT_TOKEN_TO_BE_REPLACED 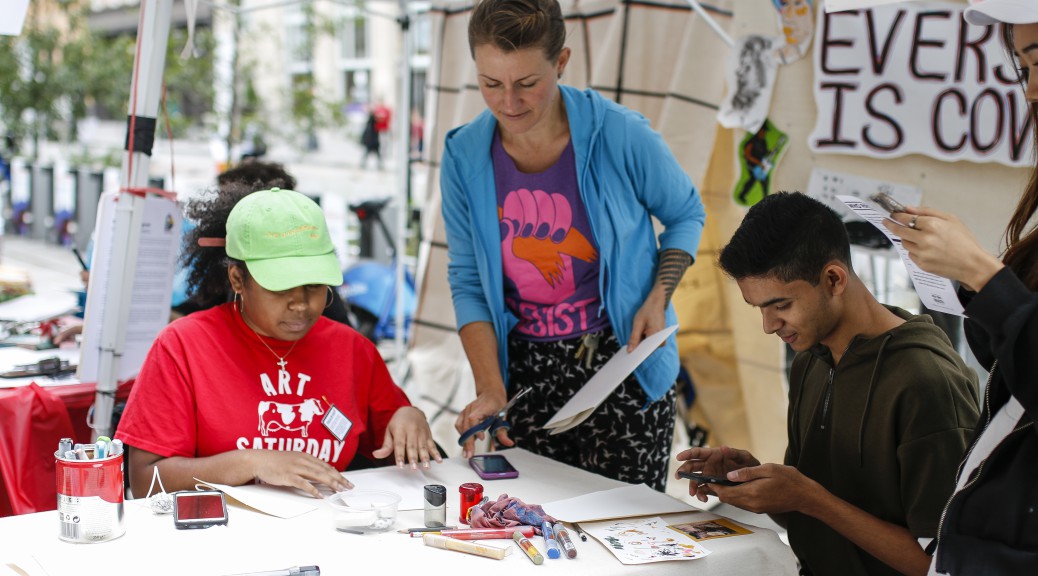